Home The History of Hair Extensions

Ever wondered why there was a hair malfunction in your family whenever you saw your aunt with bouffant, your cousin with flowing tresses while you stood there with thin über-straight hair? It has nothing to do with DNA. The origin of hair extensions dates back to Cleopatra.

the first documented proof of hair weaves was seen among the Egyptians in 3400 BC. They wore wigs, sewn-on hair pieces and braids that were made of human hair and dyed sheep’s wool. They used resin and beeswax to attach the extensions. Bright blue, red, gold were popular, in addition to the conventional black. Cleopatra’s favorite color was peacock blue. Braids also originated somewhere around 500 BC, an indicator of age, religion, wealth, depending on the type of knots and twists.

The extensions among European and American women in the 1700s gave way for powdered wigs. A white powdered wig, called Perukes, indicated high rank or birth. When King Louis started turning bald, he started using Perukes because he didn’t want people to think of him as weak. The trend soon followed with the nobles. Both men and women wore extensions and their weaves were huge and like a beehive. Horse hair and frames filled with wool were woven into the natural hair, while hair extensions were built over the frames.

The Victorians are often remembered for their decadent tendencies, and they were no different when it came to their hair. In 1873, Britain imported an estimated 102 tons of human hair from France. In what was perhaps the heyday of human hair extensions, both men and women wore these products as a sign of beauty and wealth. Women used the extra length to create complex and opulent hairstyles like Apollo knots, which resembled the beehives of the 1950s.

A hundred years ago, women cared about their appearance just as much as they do today. Real hair extensions were seen as a luxury, and only people who had a surplus of money could afford them. The extensions of this era were called “switches,” and they were clipped into hair, just like Tousled hair today. 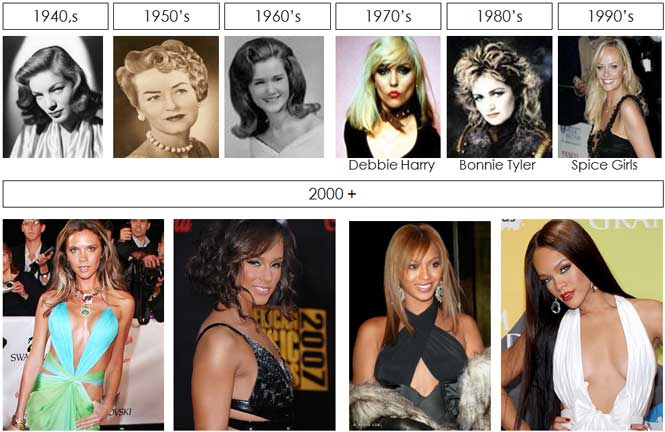